Mother Is a Best Friend for Life, as it is said ‘By the time you realize your mother was right, you have a daughter who thinks you’re wrong‘, it’s the irony of life. Every daughter matches up with these feelings when she attains motherhood. The pain tales and cries of your mother now become your reality too.

Popular wisdom says – ’Mother and daughter are suppose to be close‘. This bond between the two is definitely unique, and they both compliment each other. Unlike friends where some stay for life but other fleets.

Irrespective of the level of love and affection both carries for each other, still conflicts can arise!

Not all mother and daughter relationships are smooth as it is generally described, and because of that sometimes this duo feels ashamed of their relationship difficulties

There’s nothing very as uncommon as the special and solid connection between a mother and her girl. Moms need what’s best for their youngsters and little girls admire their moms for motivation and guidance. The relationship might move and change over the long haul however one thing consistently stays as before: the unequivocal love that they have for one another.

Contents hide
1 Why do these difficulties arises ?
2 So what do you think are the infoldings of this breaking and making duo?
3 Conclusion
3.1 Share this:
3.2 Like this:
3.3 Related

Why do these difficulties arises ?

Some well known facts for such difficulties/conflicts could be :

Think otherwise — Between the two, one wants more me-time and the other wants less. Difference of opinion towards any situation, varied perspective towards traditions/emotions. The one who wishes more space also sometimes feels guilty for wanting so.

Social Pressure — When you go in the depth, they both experience their own sets of social pressure . Society is quick to question and blame a mother for her daughter’s misconduct. On the other side the daughter feels caged in the sets of regulations and expectations posed on her.

Not being self — Mother generally pushes daughter for her beliefs, and daughter feels forced for not being herself, which leads to resentments and unhealthy conflicts.

So what do you think are the infoldings of this breaking and making duo?

Walk in her shoes -We should look at both sides of the coins, likewise until both try to understand each other’s perspective, it would be hard to reach a mutual ground. Mother’s life experience definitely allows her to understand daughter situations/perspective more easily and can give better direction.

Open Communication – It is always good to provide enough space in the relationship, so it’s easy to share emotions/feelings and to have free talks. If you are disagreeing on something, give the reasons for your perspective (applies to both), this helps to overcome any misunderstandings and conflict between the two.

Active / Patient Listener –‘It’s hard to listen when you’re thinking about your own thoughts‘, said by Faye. E. Hage

It will be better to listen patiently each other without being Judgmental, this is one of the crucial steps you can take to resolve arguments and conflicts and create an environment of mutual understanding and harmony.

Keeping a solid relationship requires consistent consideration and correspondence, and certain characteristics have been demonstrated to be particularly significant for cultivating sound connections. Every individual ought to, first of all, vibe sure that their accomplice will commit time and consideration regarding the other. The two of them should likewise be focused on obliging their disparities, even as those change after some time.

Not all relationships are ‘picture-perfect’, you have to put efforts towards it. It is tough …but not impossible! If you approach it with a positive mindset and patient small steps, believe it or not, it can help you restore mutual harmony you’ve been missing !

Are you aware Prolonged sitting increases the risk of chronic health issues? 10 strategies to avoid it.

Feast yourself this Navaratri, by giving a Nutritious twist to your fasting meal. 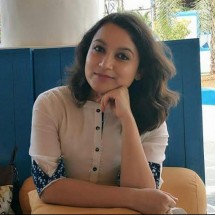 8 thoughts on “Mother Is a Best Friend for Life? Truths of the Mother and Daughter relationship”

Alka is an Lifestyle, Wellness and Health influencer

You May Have Missed!

Are you Navratri Ready? 5 tips to get your Navaratri look

Are you consuming enormous Protein in the name of a healthy diet? Discover why and how much protein intake is important for your body

Afraid of Self-love? It’s an excellent mechanism, one can gift to oneself